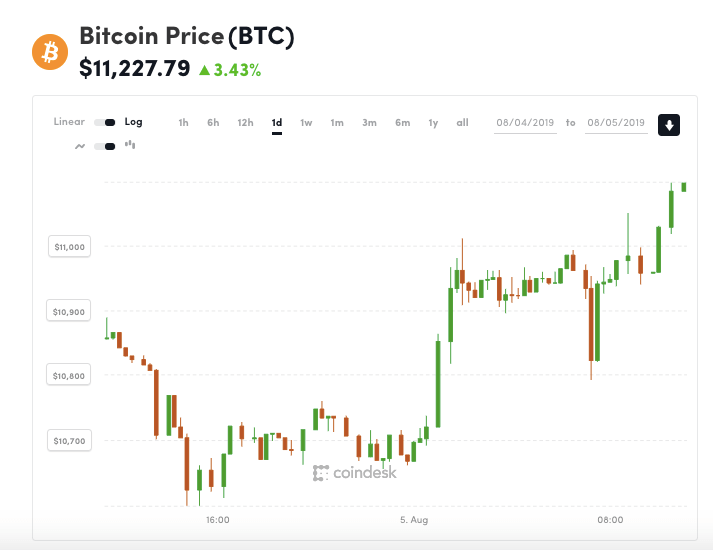 What is the current stance of Bitcoin in the market?

As of now, the market value of Bitcoin is backing down anytime soon. Instead, the shares of
the popular cryptocurrency, namely, Bitcoin ranges more than 67%. The cryptocurrency king
finally gets back to its original place after a very long battle.
The way Bitcoin made a recovery in the cryptocurrency world is both commendable and
remarkable. Now, the value of Bitcoin is more than $11,000. The new phase of development
for Bitcoin is attracting new investors and buyers to gain control over a massive amount of
Bitcoin. Moreover, these buyers did help to give Bitcoin an upper hand to reach its present-
day valuation and potential.
While writing the price of Bitcoin has a valuation of around $11,590. Bitcoin underwent
around 6% of total gains daily. The day trading Relative Strength Index or RSI currently rests
on the overbought category. On the other hand, the price of the Bitcoin did not show any sign
of the reversal presently.

Bitcoin was gaining a prolonged form of traction from both cryptocurrency investors as well
as miners. Along the way to its optimum glory, Bitcoin also went through a few hiccups, and
the valuation was more than $10,000. However, everybody knows how much market
valuation Bitcoin has as of now. During the time of its inception, the cryptocurrency was said
to the equivalent to gold.

Nevertheless, in the year 2018, Bitcoin saw a market bubble and the valuation of Bitcoin did
drop to more than 50%. The past investors began to leave investing in Bitcoin, and some
ventures even came to an end. By the looks of it, this year on 24 Jul, the trading value of
Bitcoin was shallow around, $9,440. However, from 1 Aug, things began to change for
Bitcoin. The entire cryptocurrency industry is happy that Bitcoin is finally getting back to
where it once used to be. Coindesk also said that the increase in price also did increase the
volume of Bitcoin.
Ethereum is still the second-largest cryptocurrency in the world after Bitcoin. However,
Ethereum is putting its foot forward in different spheres such as DAaps and significant other
projects. Litecoin, on the other hand, has gained around 1.5% valuation in the last 24 hours.