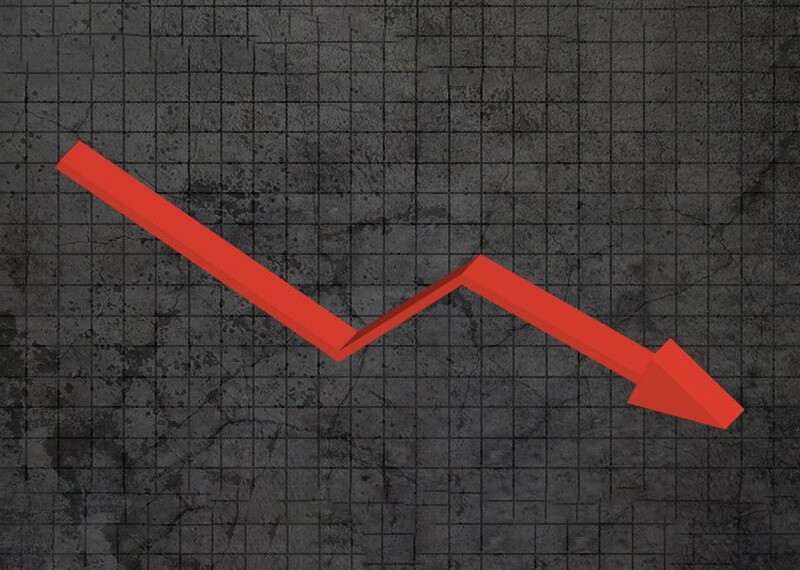 The cryptocurrency market seems to have crashed with most of the major coins seeing massive falls from their highest points. Popular cryptocurrencies like Bitcoin [BTC], Bitcoin Cash [BCH], Stellar Lumens [XLM] and Litecoin [LTC] have all witnessed the wrath of the bear over the past seven days. 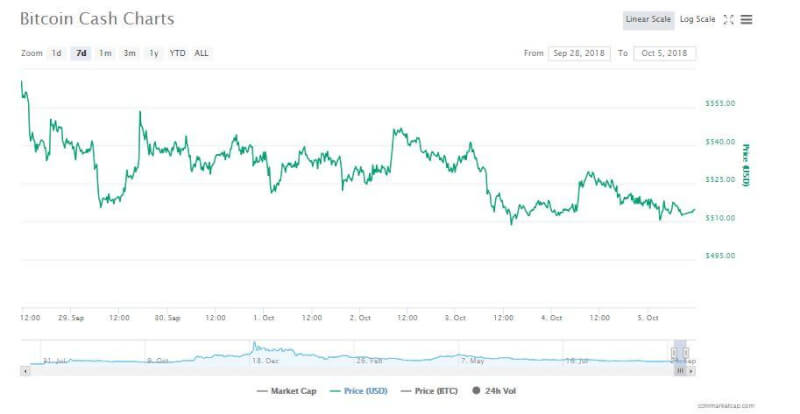 Bitcoin Cash’s fall comes right after news that the cryptocurrency is going to be traded on the TD Ameritrade backed ErisX, a new cryptocurrency market. ErisX is a platform that will allow individuals to trade cryptocurrencies and other derivatives.

“We expect we will have customers interested in participating. The digital asset economy has been developing so much over the last nine months and investors are crying for a regulated, transparent platform.”

Stellar Lumens [XLM] was another cryptocurrency which is under the weight of the bear sliding at a weekly rate of 6.52%. At the press time, XLM was trading at $0.241 with a total market cap of $4.259 billion. Stellar Lumens’ 24-hour market volume of $33.959 million was majorly held by Binance with a total hold of 18.81%. 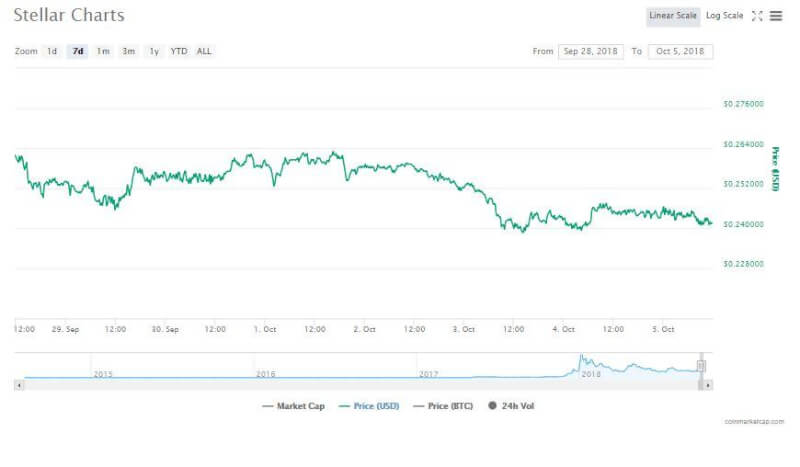 Binance was followed by BCEX which held 9.42% of the total trade that amounted to $3.351 million. Just a few weeks back Lumens had surpassed EOS to become the 5th biggest cryptocurrency on the back of a 26% jump in 24 hours.

Charlie Lee founded Litecoin [LTC] was also undergoing a spiral with weekly numbers showing that the cryptocurrency was falling at the rate of 7.90%. The cryptocurrency was trading at $58.16 with a total market cap of $3.407 billion and 24-hour market volume of $336.118 million. A major share of Litecoin’s trade volume was held by the Chinese cryptocurrency exchange called DOBI trade which enjoyed a 15.32% of the total volume. 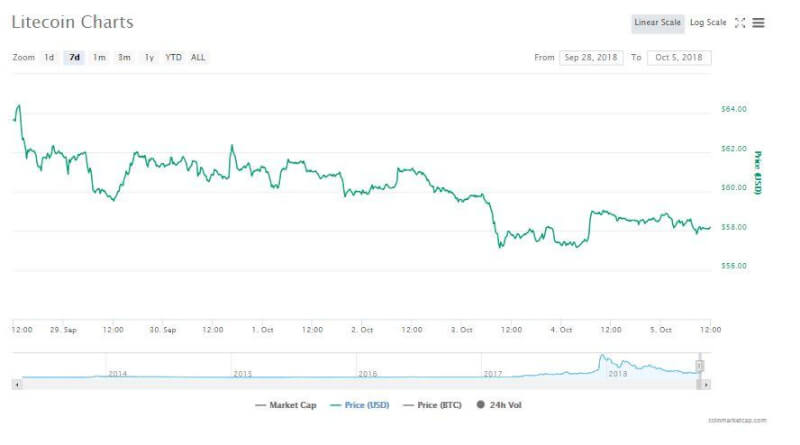