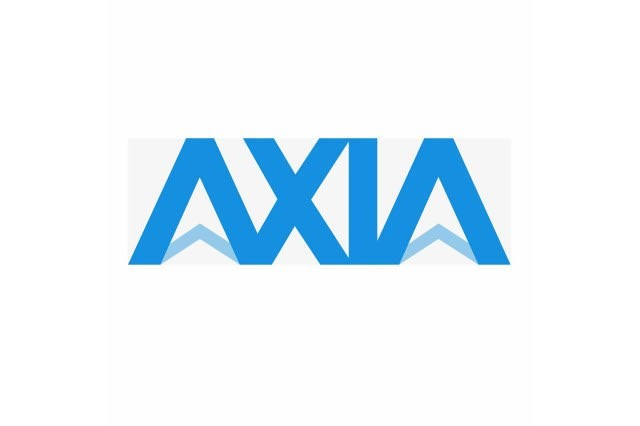 With inflation rates exploding globally, not-for-profit AXIA brings to market an alternative that can of er a safeguard through its innovative economic design

Road Town, British Virgin Islands, April 28, 2022 — AXIA, the organization delivering the first hyper-deflationary network and digital currency, today announced the official mainnet launch of the AXIA blockchain. The launch follows a short testnet period of just under two months, and comes at a
time when inflation is nearing staggering double digit rates in the United States for the first time in decades. AXIA and its native currency, AXIA Coin, provide a hyper-deflationary economic design in
which the currency itself becomes more and more scarce through any form of activity or participation across the network, acting as a superior store of value and a reliable hedge against inflation.
While both first and second generation blockchains introduced new decentralized financial structures to the global marketplace, both models have displayed fundamental flaws. These critical issues
include poor economic models for their native currencies, lack of interoperability, wealth concentration, slow speeds, negative environmental impacts, and inaccessibility to everyday individuals. AXIA is a third generation blockchain that was developed to specifically address these
inefficiencies by:
Providing a superior economic model through its hyper-deflationary design.
The AXIA Network delivers a participatory hyper-deflationary model. Meaning, any and all activity on the AXIA Blockchain and in the ecosystem ensures that AXIA Coin will become more scarce over
time, which can benefit users and stakeholders in an ongoing manner. This system also ensures a negative correlation between network demand and supply.
Eliminating congestion to speed up transactions.
By incorporating a network design that allows multiple blockchains to operate simultaneously and numerous strings of processes to be executed in tandem, AXIA sidesteps various network pace issues
that have hampered previous generations of blockchains. This key feature allows AXIA users to operate at speeds over 143 times faster than Bitcoin and at least 33.33 times faster than Ethereum.
Addressing the challenges of interoperability between blockchains.
Historically, first and second generation blockchains have offered limited interoperability to their users, and in some cases none at all.

AXIA was specifically designed to address this problem by facilitating over 100 interoperable blockchains (AllyChains) at its outset – the number of which will only grow over time – that operate in conjunction with its primary chain (CoreChain). The AXIA Network allows for greater autonomy and decentralization as AllyChains feature their own governance, native token and business processes while working in unison with the CoreChain. Additionally, AXIA has developed a bridging tool called AXtend that allows multiple projects from other networks to seamlessly join the AXIA blockchain
and gain all the benefits it has to offer.
Delivering unprecedented global accessibility that enables anyone with an Internet-connected electronic device to participate in network consensus.
Unlike leading blockchains that often require energy-intensive mining equipment or strong technical know-how, the inclusive design of AXIA ensures that anyone with an Internet connection can participate with the network. This unprecedented global accessibility enables anyone with an electronic device such as a mobile phone or electric car to be part of network consensus. AXIA not
only takes decentralization to the next level by welcoming more people into the governance process, but the inclusive nature also enhances security simultaneously – making it much less vulnerable than
other networks Reducing energy consumption.
AXIA is delivering a greener future to blockchain by introducing its innovative Proof-of-Participation (“PoP”) consensus. The PoP model is designed to decrease the energy consumption of each user. The AXIA Network itself uses 246,309 times less energy than Ethereum and, on average, 1,278,244 times
less than Bitcoin.
Lowering fees.
The hyper-deflationary design results in gas fees on AXIA (approximately $0.001 USD per
transaction) costing significantly less than on legacy blockchains like Bitcoin (around $7.60 per transaction) and Ethereum (approximately $15 per transaction).
“The launch of the AXIA Network mainnet is a giant leap forward, not only for the AXIA Project, but for the design and development of blockchain technology as a whole,” said Nick Agar, the founder of AXIA. “We are proud to have tackled so many of the challenges of blockchains 1.0 and 2.0, while still
maintaining our core mission: To provide a blockchain network with the benefit of more sound economics, more inclusivity, energy-efficiency and scalability while offering a higher level of decentralization. Now, anyone with access to the Internet has the resources they need to create a more secure and favorable future for themselves and their loved ones as AXIA can provide opportunities and the means for advancement in ways that don’t exist today.”

AXIA plans to launch the following applications on the network in 2022:

● AXclusive – an NFT platform with cross-chain trading and low fees that are burned.

● AXelerator – an incubator and token launchpad that provides a portal through whichp articipants can apply for funding through AXIA.

(AXIA Coin). The AXIA blockchain launched in 2022 with the goal of solving many of the challenges that exist in the industry today by providing a sound economic design, robust ecosystem of platforms and applications, and a higher level of utility, decentralization, interoperability and inclusiveness. The AXIA Ecosystem also includes AXIA Capital Bank (digital banking), AXIA Tel (encrypted smartphone), AXplorer (use-to-earn browser) and AXchat (use-to-earn browser) and AXchat (use-to-earn messaging app), niiwith several more platforms slated for launch in the near future.