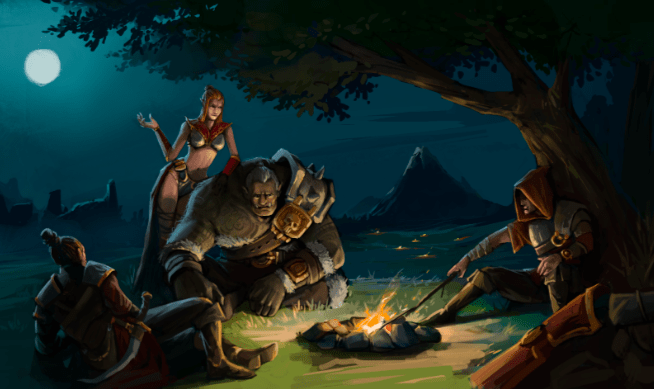 The GameFi industry, in the last couple of years, has experienced staggering growth, partly due to the proliferation of NFTs and the influx of P2E games. Over the previous fifteen months, the number of active blockchains game players has doubled from 28,000 to 1.3 million gamers.

Designed to increase the adoption of GameFi globally, Bold Point, an NFT-based RPG game where players engage in competitive battles against enemies, has announced its official listing date – BPT will be listed on TraderJoe on April, 14th. Created by a team of game developers and the YAY Games in-house production team, Bold Protocol is a unique GameFi project that features an NFT marketplace, an incubator, a library of games, and a launchpad.

According to the development team, Bold Point will introduce a suite of characters—-Tanks, Pikeman, and Mages. Bold Point will require gamers to properly position these characters to increase their chances of winning game modes. Players with high wins will progress further in the P2E game, thus earning more.

Besides the well-structured battle modes, Bold Point will allow you to explore the game, searching for opportunities to level up on your characters and challenge roaming enemies. Each item or symbol on the game will have an associating NFT that can be sold, traded, or bought by others. Not surprisingly, these NFTs can be traded on both the Bold Point and YAY Games Marketplaces.

In terms of core offerings, Bold Point delivers an easy to learn yet hard to master game that is competitive and compulsive. Dispelling the existing entry barrier, Bold Point is adopting the free-to-learn gaming method, pioneering a low entrance principle for a PvE game.

Yet another groundbreaking feature of Bold Point is adopting an updated and feasible earning mechanism that makes the game attractive for gaming community members. Support from the YAY ecosystem, yet again, is another remarkable feature.

Through the YAY Loyalty Program and native integration with LOOT Marketplace,  YAY will support Bold Point and gamers.

Built on the principle of income and expenses, Bold Point aims to avoid players’ excessive accumulation of assets. This NFT-based gaming platform divides the currencies into hard and soft.

The mechanism will run on a balanced state, combining, in the beginning, points of deficit, an increase in income, then another deficit followed by a rise in revenue.

With a listing scheduled for April 14, 2022, the Bold Point will have a circulating supply of 27,714 Million BPT on TGE.

After creating LOOT and the subsequent launch of the first battle demo for Bold Point, the team behind this project will release the full version this year.

Q2, Q3, and Q4 of 2022 will see Bold Point release many excellent products ranging from an in-game NFT package, $BPO IDO on Avalaunch, exchange listings, and other NFT packages.

5 Things To Know Before Investing In Solana

Innovative DeFi Platform MappedSwap Introduces Back to Back Two Campaigns. Free MST and USDM for Participants