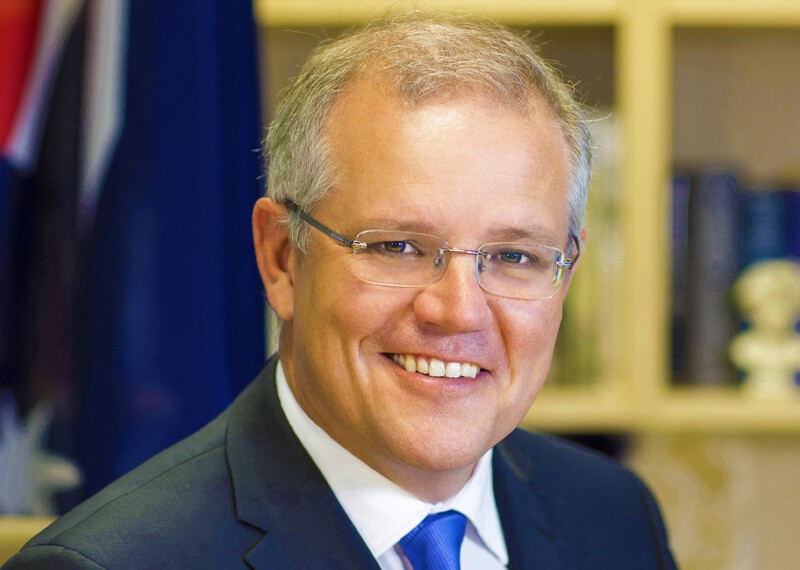 Australia’s recently elected Prime Minister, Scott Morrison is furthering his ‘agenda’ of supporting blockchain technology in disrupting and bringing “much tougher competition” to banking amongst other industries.

Just weeks after being sworn in as Australia’s newest Prime Minister, the P.M was seen speaking to reporters about his stance on the use of cryptocurrencies in the financial system. He was asked particularly whether he would be willing to accept cryptocurrencies in easing inefficiencies within the banking sector. He responded by mentioning that he had done his fair share of research and said, “No, I don’t think that’s the answer, I looked a lot at cryptocurrencies when I was treasurer.”

He then requested reporter to let him be ‘‘nerdy for a sec’ and then went to support blockchain, the key technology that makes cryptocurrencies possible, by saying, “What has been done with distributed ledger technologies and blockchain, working in the financial sector, that’s going to open up massive opportunities. Consumer data right, the open banking reforms and the legislation coming forward… that’s going to transform the Australian banking system”.

He also went on to talk about how blockchain would impact the banking industry and added, “But the thing I like about it most – it’s going to deliver much tougher competition to the big banks. ‘Business as usual’ for the big banks won’t be continuing…Smaller banks and new technologies can be used to give greater power to customers. Whether it’s in electricity prices or in banking, that’s my agenda. I believe in it. My team believes in it. Australians can trust me on it.”

Morrison has also been quite supportive of cryptocurrencies during his tenure as the treasurer and furthered laws that worked in favour of local crypto adopters. Back in 2016, the treasurer announced that the government had been in works to eliminate the double taxation of transactions that utilised cryptocurrencies. Australians previously had the GST levied on the purchase of a product and also a GST levied on the cryptocurrency used in the process of purchase.

When the government finally introduced the bill to eliminate this double tax, Morrison said, “The Bill will ensure that Australians are no longer charged GST on purchases of digital currency, allowing it to be treated the same way as physical money for GST purposes. The law change will retrospectively apply from 1 July 2017, in line with the 2017 Budget announcement”.

Citrus Gaming Token- All you need to know