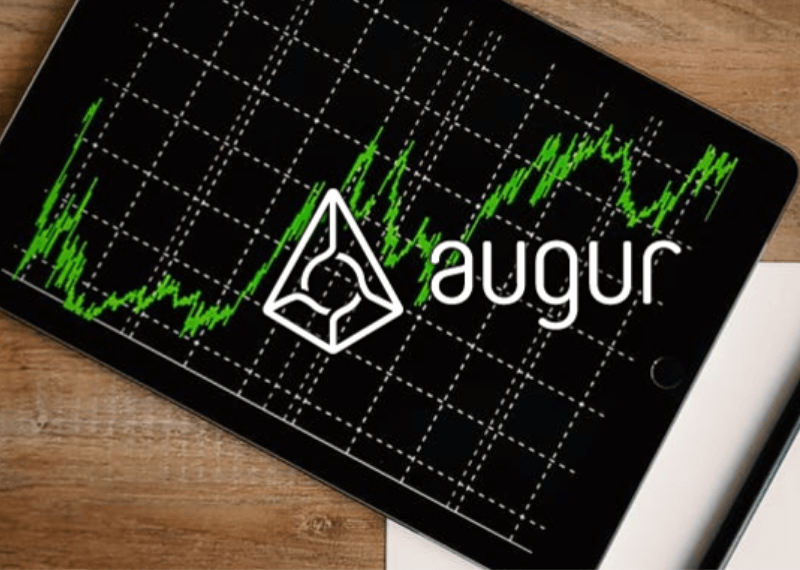 Cryptocurrency markets have not witnessed much growth in the past week, since the last dump. Only one or two coins have made big moves and a major one being Augur. It has risen over 50% in past 18 hours. Augur is a prediction market protocol built on Ethereum. To help the platform gain more traction and make it mainstream a new platform Veil has been recently launched. Interestingly, it is driving massive trading rally for REP, Augur’s  token today.

Veil is LIVE on Mainnet! ?

“We foresee a not-so-distant future where millions of people create and trade in millions of markets. And we’re thrilled to finally launch Veil on Mainnet and bring that future just a little closer,”

The platform is operated by Veil International Ltd, a Cayman Islands company, but it not available to users in the United States, Cuba, Syria, North Korea or any area with restrictive crypto trading laws.

Veil makes it much simpler to buy leveraged positions on three trading pairs, BTC/USD, REP/USD, and ZRX/USD.  Additionally, users can also trade on Ethereum hedging products . This in turn provide options for fundamentals such as the GAS price and current network hashrate. More importantly,  new Augur app version 1.9.1 has just been released on Github.

Furthermore, REP is at seventh heaven today. It is one of  top 100 performers, noting gains of almost 50%. According to data on CoinMarketCap REP noted gains from $10.60 to $16. It’s daily volume also jumped from $6.8 million to $46.5 million. Upbit counts for majority of REP trade in KRW. 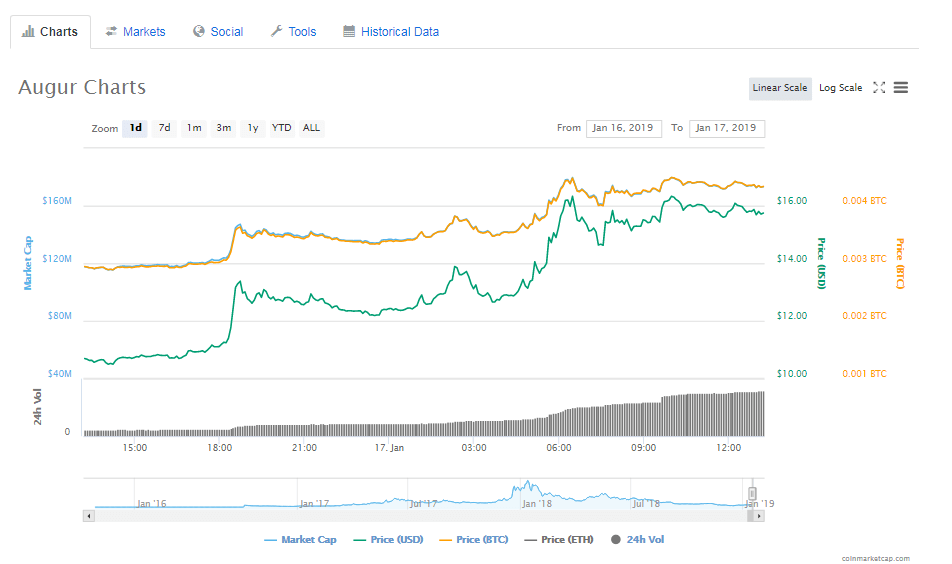 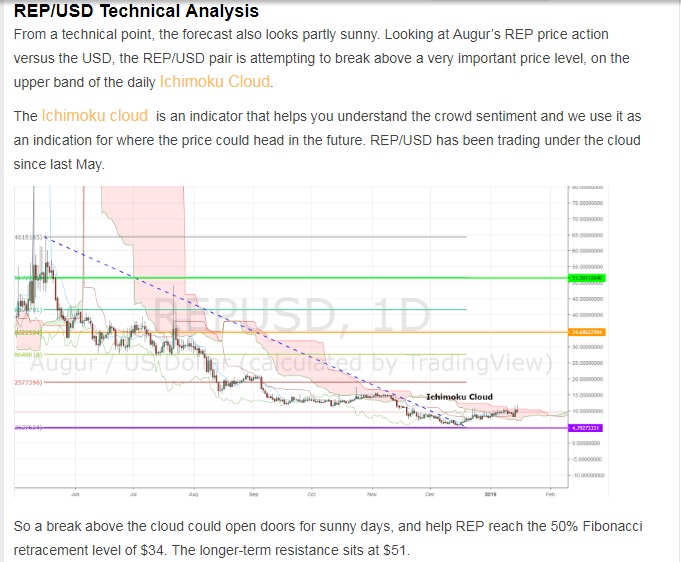 Furthermore, over the past week Augur (REP)  has seen a rise of 78% . In terms of market cap it now stands tall at 33rd position.