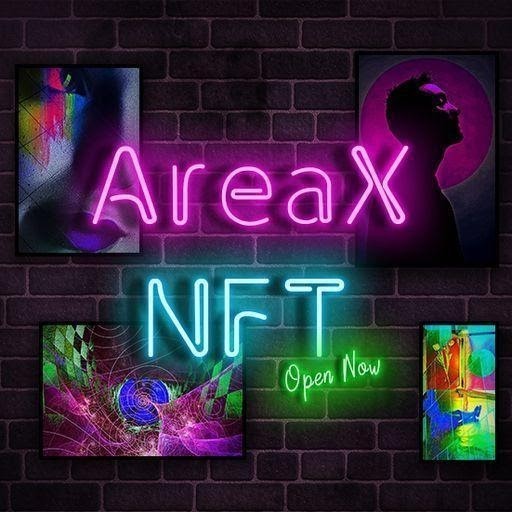 Constant invention has been the human race’s bedrock. Every day, new technological concepts are introduced to the globe, and they are a driving force in the world we live in today. Blockchain technology and cryptocurrencies have made waves in the world of technology over the previous decade, with bitcoin, a digital currency being the highest performing asset class in the last ten years. NFT is a new player who has recently appeared on the scene. An NFT, or non-fungible token, is a one-of-a-kind digital token that can not be used interchangeably or altered. NFT is now regarded as the digital answer to collectibles, just like bitcoin is the digital answer to fiat currency.

The NFT industry is gradually becoming mainstream, with new marketplaces and NFT collections being launched almost every other day, signaling a mass adoption rate of NFTs. In this article, we will be reviewing AreaX, an NFT marketplace built on Telos Blockchain, and its unique offering to the NFT industry.

AreaX is an NFT platform built on the Telos blockchain network that is based on the Marble Standard. The AreaX platform allows users of various types, including but not limited to gamers, artists, collectors, and project owners, to create, distribute, buy, sell, or exchange NFTs of various types. AreaX intends to disrupt the current state of the NFT industry with its distinct offerings that differentiate it from other NFT marketplaces, which include:

Droplet NFTs: Droplet is a new NFT concept created by the AreaX NFT platform that uses the widely accepted Marble NFT standard. Droplets can be purchased as part of a set on the AreaX NFT marketplace, giving everyone in that set access to a pool of value. Chance, Minimum, Maximum, and Stars are the four critical values for token distribution using the droplet NFTs concept. The minimum value represents the fewest tokens rewarded per period, while the maximum value represents the most significant number of tokens that can be rewarded during each claim period. The percentage chance of receiving the maximum value is referred to as the chance value.

On the other hand, Stars raise the Minimum, Maximum, and Chance values, increasing the total value of future claim rewards. AreaX’s Droplet NFT concept is highly configurable, allowing for a wide range of use cases.

DRIC: DRIC is the token symbol for DARIC, the virtual currency token for AreaX NFT platforms, which aims to provide value to AreaX platform users in the form of a reward, a payment method, and further gamification of the AreaX NFT platform.

AreaX chose Telos as the foundation for their NFT marketplace because it is one of the few blockchains explicitly designed for web 3.0 platforms like theirs. Telos is a decentralized blockchain network powered by a scalable smart contract blockchain and its native token TLOS.

Telos employs the Delegated Proof-of-Stake (DPOS) consensus and provides unique benefits to products that use its blockchain. Telos has a transactional speed that is 30 times faster than Ethereum, the world’s most popular blockchain. The telos blockchain also has low to zero to close to zero gas fees, incentivizing user adoption in line with web 3.0 cultural practices. Telos is highly scalable and can process up to 10,000 transactions per second (pre sharding, pre rollups) due to its Delegated Proof-of-Stake consensus. Telos also uses the least amount of energy(.000001 kWh per tx) and is least harmful to the environment than all other blockchain models. Telos also expands its versatility by having its own proprietary EVM, which means that solidity dapps can be easily deployed on the Telos blockchain.

The AreaX NFT marketplace appears to be a promising project that has tangible advantages (fast, scalable, affordable) being built on Telos. Although relatively new, It also introduces a new look to the NFT landscape by introducing the Droplet NFTs concept. AreaX also has a user-friendly and straightforward user interface and can soon become one of the largest NFT marketplaces.

How to find the best Crypto signals providers on Discord?