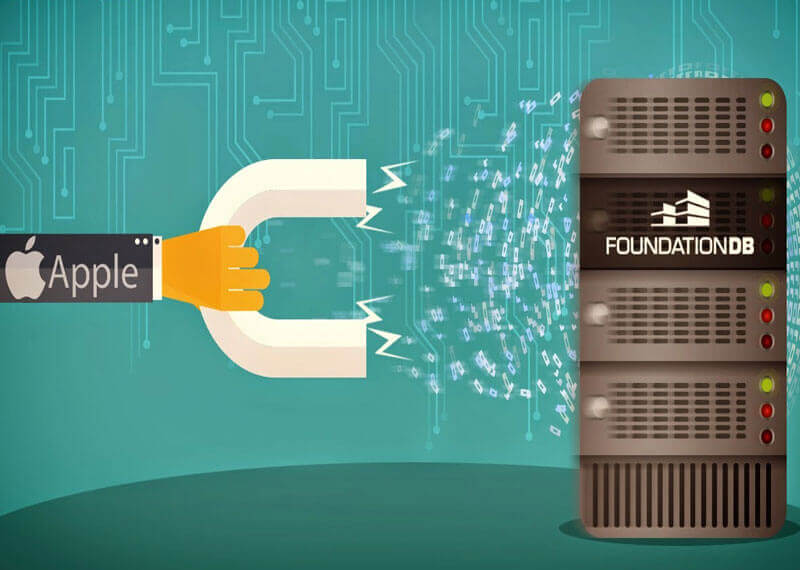 Apple generally uses the Record Layer for supporting the services as well as the applications for millions of users. This is generally combined with the FoundationDB. In simpler words, the FoundationDB is the backbone of the CloudKit service of Apple. In its official blog, FoundationDB has explained the properties of its breakthrough. The Record Layer offers the support for complex nested data types, indexes based on the commit-time of records. It also provides queries and indexes which spans distinctive kinds of records.

Let’s delve into it!

The release of the open source Record Layer which is built on FoundationDB usually incorporates transactional semantics and ACID semantics. The transactional semantics is specialized in allowing people to a significant distributed datastore. The Record Layers are stateless and allow speedy functionality along with high scalable implementations. FoundationDB also mentioned that it could perform subsequent operation along with database instantiation in milliseconds.

Also Read: The Pinkerton agents of Red Dead Redemption 2 are in a lawsuit!

Back in 2015, Apple acquired the FoundationDB. Apple took scalable NoSQL which is based on the architecture of ACID for the formerly undisclosed purposes. During that time, the reports suggested that the database software might be used for various cloud services of Apple. The iTunes content management, as well as iCloud, will also be a part of the same initiative.

The recent announcement made by FoundationDB along with Record Layer which is regarded a foundation means for CloudKit. The announcement comes into being with a white paper, and it details its integration with Apple. There are also some of the additional nuances of the underlying technology of Record Layer. The white paper also mentioned that Record Layer was developed for running a massive scale, the same way as the CloudKit.

Low on maintenance with better scalability

CloudKit utilizes the recently unveiled Record Layer for hosting billions of independent databases. With Record Layer, CloudKit can provide rich APIs along with strong semantics. CloudKit, when integrated with Record Layer, goes through significant changes by improving scalability and reducing maintenance. CloudKit, as mentioned in the official developer website of Apple, does not replace the existing data objects of an app. Rather, CloudKit provides harmonious services to manage to transfer the data in a “to and fro motion” from the iCloud servers.

In simple terms, the Record Layer can be utilized like a library that comes from a stateless backend server. It needs to store the structured data in FoundationDB. Record Layer has a billion databases which are regarded as record stores, and they are comprised of thousands of schemas.

The release of the open source Record Layer currently represents a second release from the distributed database subsidiary of Apple. Back in 2018, Apple released the open source project in the form of FoundationDB. Apple hopes to construct a community right around the conventional scalable system.