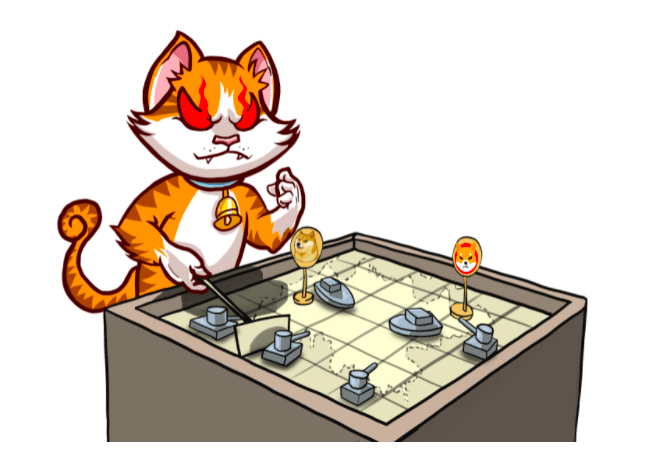 Based on the century-long concept of dogs and cats as mortal enemies, AngryKitty, a recently launched, decentralized, and comical meme token is on a mission. Aimed at being the most hilarious meme token in the trillion-dollar space, AngryKitty is committed to bringing joy and creativity by introducing its growing community to the amazing benefits of the emerging crypto trend, non-fungible tokens [NFTs].

Furious at the number of dogs in the crypto space without any viable and sustainable use case, AngryKitty is on a mission to eliminate them. Albeit possessing the physical appearance of a cruel killer, Angry Kitty is a super-intelligent, skilled, and impulsive hunter whose good heart is visible in the number of global charity campaigns planned.

Features of the AngryKitty Project

A war-ready kitty, AngryKitty has been integrated with a range of features that helps it stand out as a superior creature—one with value and meaningful use case.

Running on the Binance Smart Chain [BSC] and Ethereum blockchains with a recent press release suggesting future expansions to other chains, AngryKitty was developed after careful research and an intensive period of observation. Currently, the development team is in contact with top play-to-earn [P2E] industry leaders, and talks are underway for the launch of P2E and blockchain NFT games.

Being the character of this game both as an NFT and in the metaverse, AngryKitty will power this gaming platform.

Like most projects, AngryKitty has a native token, ANGYRK. With a maximum supply of 1 quadrillion and 2 ANGRYK tokens, the team will equally distribute these tokens between the Ethereum and Binance networks.

Additionally, 50% of the total token supply will be locked by the team for three years as part of its safekeeping strategy. Once the period elapses, the locked token supply will be used, albeit gradually and incrementally, to support charities globally. Per the founding team, these charities will focus on three pertinent yet often overlooked areas—children’s health, climate change, and animal welfare.

A long-term, sustainable, and stable project, the founding team will only use a small portion of the locked ANGRYK tokens for the global charity campaigns annually. This will help create a balance between the ecosystem’s security and the ability to empower the largest crypto donation ever.

In an attempt to accelerate creativity in digital artists, an NFT collection has been designed and launched on the OpenSea NFT marketplace. Presenting 12 uniquely designed and well crafted NFTs of AngryKitty, these art pieces, according to a recent press release, are all available for purchase at the moment.

Delivering an innovative crypto project with a real-world use case unlike the dogs in the crypto space, AngryKitty will launch an interactive, intriguing, and immersive game tagged AngryKitty Shooter. This game, per the aforementioned press release, will be based on an allegory of a vigorous cat whose mission is to destroy dogs who, in reality, have no substantial value-based offering to the crypto industry.

Poised to take over the trillion-dollar crypto market after the destruction of dogs, AngryKitty is delivering an advanced gaming platform where users can play interactive and fun games. With the game set to be launched by the end of January 2022, AngryKitty is cementing its stance as the ideal meme token. Its long-term and stability plans set it on this path.

Remember the 2 extra ANGRYK tokens on the quadrillion token supply? AngryKitty, being good-hearted, will send 1 to Shiba and DOGE respectively.

Finally, the AngryKitty team will employ the token burn strategy to drive the price of ANGRYK in the future.