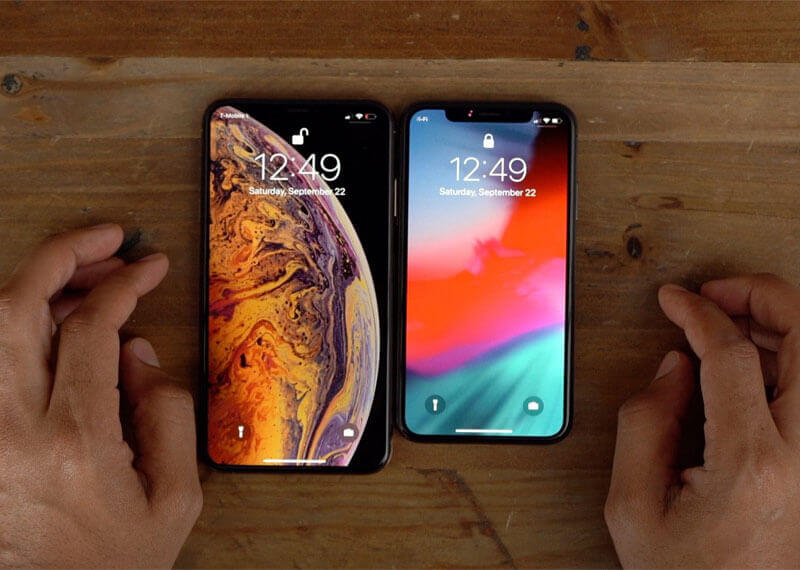 AMS, is the Apple supplier, that has considerable expertise in providing optical sensors for face recognition on iPhone. On Jan 7, 2019, AMS has announced a new tech “behind OLED” light along with an infrared proximity sensor. There are reports that a new sensor could be used in producing the complete bezel-less displays on iPhones.

The recently developed new light, as well as infrared proximity sensor, are referred to as “behind OLED”. The technology is capable of placing itself behind the iPhones display. The other details of the recently proposed technology are not so clear as of now.

There is also a possibility that the new sensor might go further than the conventional bezel-less display as well. In simpler words, the sensors of the iPhone that are currently housed in its notch will move somewhere else. The new sensor is capable enough to sit right behind the screen of an iPhone.

AMS has said that with the development of the behind OLED sensor, achieving display-body ration is easy.

The prospective issues with the new design

AMS will help the Smartphone manufacturers to make some alterations to attain a significant possible screen to body ratio. According to AMS, the forthcoming TCS3701 will enable the smartphones to take the notch display trend to a whole new level. The latest trend that comes after the release of the sensor might potentially be eliminating the concept of bezel display. 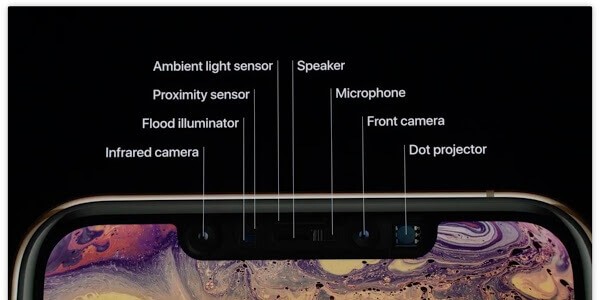 Nevertheless, it is important for the tech industry to consider that the conventional Face ID is made up of numerous components. For instance, an ambient light sensor, an infrared camera, a dot projector, and a flood illuminator powers the Face ID. This brings out yet another theory which states that the new sensor might have some difficulties. The AMS sensor is not likely going to remove the notch completely. Still, it is a new step, and it is also in the right direction.

Furthermore, the notch display is home to an iPhone’s front-facing camera along with a microphone and an ear speaker. The new design has to relocate both of these sensors if Apple decides to remove the notch.

But is it enough for getting the sales figures?

AMS is an Austrian company. Like all other Apple suppliers, AMS is also not listed as a customer of Apple.inc. Nevertheless, the estimation by analysts suggests that Apple accounts only for around 45 percent of the sale of the sensor maker. Apple utilizes the facial recognition sensor of AMS for powering the Face both in iPhone and iPad.

Also Read: How is a Website Designed to Be Safe and Functional?

AMS’s market shares are closed up at 9.6 percent. However, they have been peaked earlier in the session soon after its deal with Face++. AMS is going to team with the Chinese software maker for producing new types of 3D facial recognition for the smartphones. This is mainly because AMS wants to reduce the level of its dependency on American tech giant Apple for boosting its battered shares.