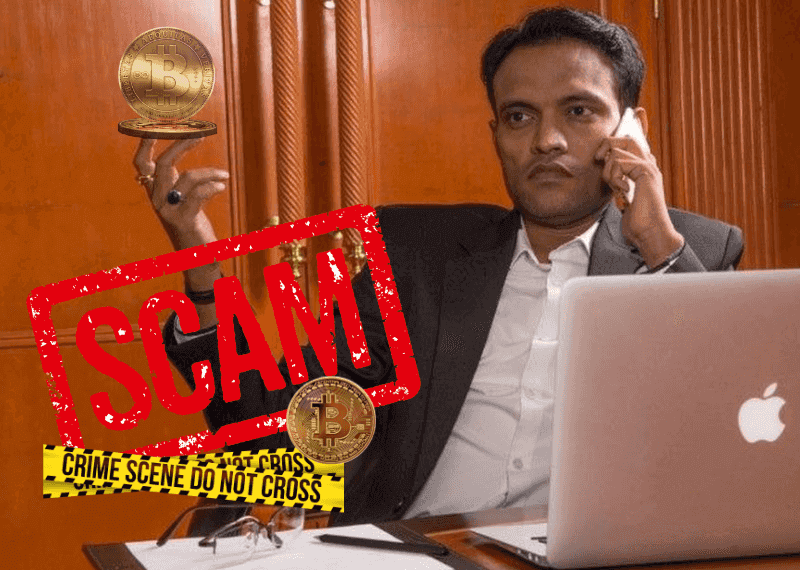 It won’t be a stretch to say that the lack of regulations concerning cryptocurrencies has led to rampant Ponzi schemes in different parts of the world. One such event took India by a blow when an Indian businessman belonging to Chandigarh, recently lost approximately $1.4 million in an unfortunate crypto-concerning fraud. The businessman was lured by a potentially profitable bitcoin investment which was indeed a trap for him. As soon as the police got involved in the matter, there was an arrest four suspects, one being the main culprit of the deceitful act and the three his co-conspirators.

Scammers and their Tactics

After findings of the police, it is clear that Amit Bharadwaj is the main mastermind behind the bitcoin scam. His other partners-in-crime included Vivek Bharadwaj, Pankaj Adlakha and Hemant Bhope. The hearing of the case is decided to take place on December 4, 2018.

Until the proceedings of the court finish, the exact amount of swindled money will remain concealed under the legal veil. As per the reports, different sources are valuing the money differently. According to the petition filed in the High Court, the amount mentioned therein is $5.65 million. The challan presented in court shows an amount of $1 million, while according to the plaintiff, the amount crosses $1.2 million.

The trial in the court will begin once the accused is provided with the copy of the challan, which is due for the next hearing date. After the necessary hearing, the court will frame the charges against the defaulter.

An 800-page engrossing charge-sheet has been framed, including a list of 27 witnesses and 15 complainants. It also includes a crucial document of RBI stating that bitcoin cannot be treated as a legal currency.

The malicious group of the fraudulent worked as the face of Gainbit Coin Company. Vivek, one of the culprit, did the promotion and campaigning of this fake company. He was also involved in delivering speeches in all the events of the company, including seminars.

Pankaj Adlakha was doing the promotion work, whereas Hemant Bhope fostered paperwork. Hemant also induced the potential investors by ensuring them security for their money, guaranteeing it on his behalf.

As surfaced by the reports, the first target of this racket was a former Indian Army Officer, who lost nearly $200,000 to the fake investment company. He told that he met Amit Bharadwaj, the chief swindler, in Dubai in 2016. After the news of the group’s arrest hit the news channels, the retired officer checked his wallet and faced a setback when he found it empty. This revelation made him lodge a legal complaint against the scammers.