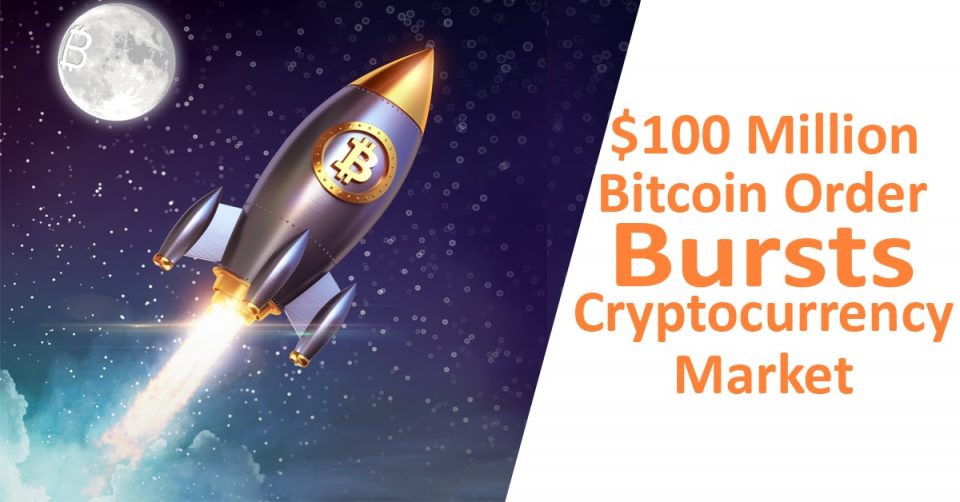 Bitcoin gains its peak level in about five months this Tuesday. As per reports, it is due to an anonymous buyer who placed a $100 million bitcoin order. It gives a major lift to the computer-driven cryptocurrency trading.

Since the last mid-November, Bitcoin’s original and biggest cryptocurrency rose high as 20% in Asia. It crossed $5000 for the first time since then. It settled at around $4700 which is still 15% for its one day, again since April.

Reportedly in late 2017, Bitcoin burst to approximately $20,000. It was due to the real investors who established cryptocurrencies as the main agenda of financial streams. Unfortunately, the interest in the same decreased and so the prices went down. The investors for current trading are mostly tech firms, hedge funds, and rich people.

Analysts have no clue of the mystery

On the other hand, analysts are not able to find any news that can solve this mystery. They do not have an exact clue or any kind of developments regarding the placement of such a big amount of order.

As per reports say, with Bitcoin’s burst, trading of smaller cryptocurrencies is also high. One of such small cryptocurrency is “altcoins.” Another cryptocurrency, namely, Ethereum’s ether and XRP of Ripple also jumped to more than 10% of their usual hikes.

These kinds of Surge has not happened the first time. Last year remarked some of the catalysts for this type of big moves. But, the fear of regulations declined the interest of investors. It slashed bitcoin to some extent.

This year, the market of cryptocurrency was pretty silent. Bitcoin traded around $3300 to $4200 until the huge move.

The analysts are yet to discover the secret buyers who are responsible for such a burst of Bitcoin.

As per reports, Oliver von Landsberg-Sadie who is the chief executive of London-based cryptocurrency firm which goes by the name BCB commented on the event. He says that an algorithmic order of this much high order of $100 million triggers the move which spreads across major exchanges. According to him, the movement spreads to Coinbase and Kraken of US, and Bitstamp of Luxemburg.

He further added that only a single order of 20,000 BTC was managed across three venues of exchanges. He also says that the volumes of those exchanges are in-concert, shows synchronization and have a volume of each unit of 7000 BTC.

Charlie Hayter, founder of CryptoCompare also has a say on the matter. He says that algorithmic buyers can only place such a huge order.

He further added that 6 million trades were available in an hour of bitcoin’s huge surge. It is usually many times higher than the usual amount in Asian based exchanges.

Mati Greenspan, an analyst at eToro of Israel, says that today Bitcoin drives the world of cryptocurrency and is the leader of the market. Altcoins usually follows it. It is as per usual direction and market sentiments, he further added.

UNCHAIN, one of the world’s leading blockchain events to be held in Berlin